The fifty parishes, three chapels, and two monasteries under the spiritual guidance of His Eminence Metropolitan Isaiah of Denver are scattered throughout 1.3 million square miles encompassing the states of Colorado, Idaho, Kansas, Montana, Nebraska, New Mexico, North Dakota, Oklahoma, South Dakota, Texas, Utah, and Wyoming, as well as the western parts of Louisiana and Missouri.

The parishes of the Metropolis continue to grow, gaining members both from those who seek the Orthodox Christian faith as well as from newly-arrived immigrants from traditionally Orthodox countries. Worship services are conducted primarily in English, but also use the original liturgical Greek.  In the spirit of Pentecost, and also given the scarcity of Orthodox parishes of any jurisdiction in the region, it has become common practice in most parishes to read the Lord’s prayer in multiple languages in addition to English and Greek.  These often include Arabic, Latin, Slavonic, Ukrainian, Romanian, and Spanish.

The Metropolis of Denver covers the area illustrated in the map below, encompassing the twelve states in blue, and the western portions of two states shown in yellow.  Scroll through the parish directory to find the Greek Orthodox parish in the Metropolis of Denver nearest to your home.  A directory of parishes from throughout the Archdiocese of America is also available.

The offices of Me 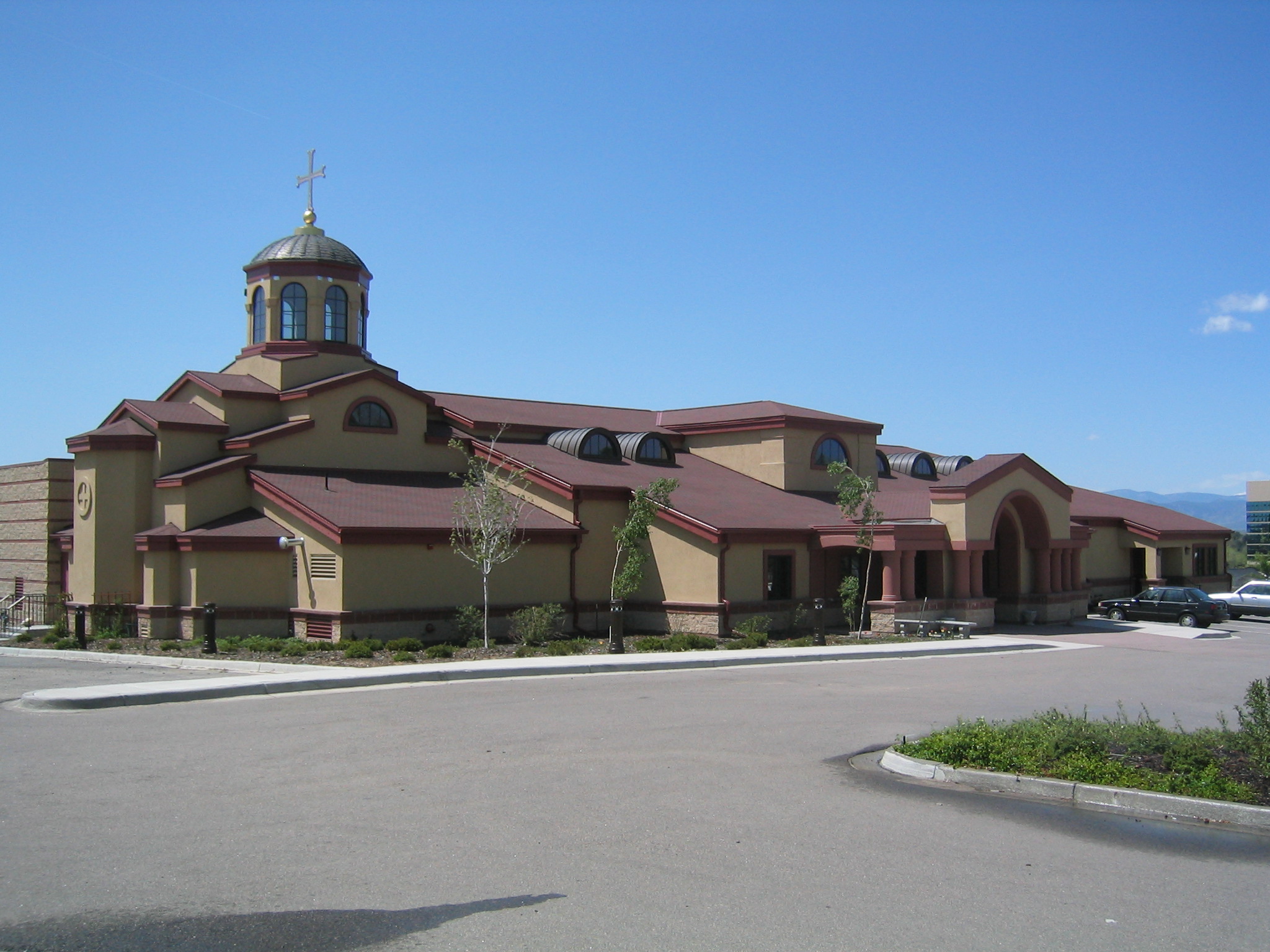 tropolitan Isaiah and his staff are located in the Metropolis Center, which is located adjacent to the Assumption Cathedral.  It was designed by Mr. Christ Kamages, AIA, of San Francisco, and opened in 2002.

The Metropolis Center includes a chapel where visitors come daily to pray, a library and several meeting rooms.  The Center is open daily, Monday through Friday.

The Metropolis Center was built by PCL Construction Services. Physical construction began on September 12, 2001, and was completed on October 31, 2002.

The Metropolis Center was formally opened in a Dedication Ceremony on Friday, November 1, 2002. Metropolitan Iakovos of Chicago was the senior hierarch and he conducted the Agiasmo, Blessing Service, assisted by the Reverend Deacon Paul Zaharas. Other Hierarchs attending the ceremony were Metropolitan Methodios of Boston and Bishop John of Amorion. The clergy from the Metropolis parishes together their faithful were also in attendance. Local religious and civic leaders, including Roman Catholic Archbishop Charles Chaput, Colorado Governor Bill Owen, and Glendale Mayor Joe Rice were also present.

The Greek Orthodox Metropolis of Denver was established in 1979, and extends over a vast area of the western mountain and central plains states. The states which comprise what is now called the Metropolis of Denver were originally under the spiritual jurisdiction of the headquarters in San Francisco. These states later formed the Eighth Archdiocese District, when the Archdiocese of North and South America was subdivided into Archdiocese districts in 1968. During its existence from 1968 to 1977, the Eighth District was administered by the following Assistant Bishops and Archdiocesan Vicars:

Under the administration of Bishop John of Thermon, the regional headquarters of the Eighth Archdiocese District were relocated from Houston, Texas to Denver, Colorado in 1974.

Although the Diocese of Denver was established by Decree of the Ecumenical Patriarchate in 1979, the first bishop bearing the title Bishop of Denver was not enthroned until 1984. The Hierarchs and Vicars who administered the region from 1979 to 1992 were:

On June 24, 1992, His Grace Bishop Isaiah became the second Bishop of Denver, relinquishing his former responsibilities as Chancellor of the Greek Orthodox Archdiocese of North and South America. He was enthroned during ceremonies on September 10, 1992, at the Cathedral of the Assumption of the Blessed Virgin Mary in Denver.

In November 1997, Bishop Isaiah was elevated to the rank of Metropolitan by the Ecumenical Patriarchate, continuing in his capacity as hierarch of the Denver Metropolis.